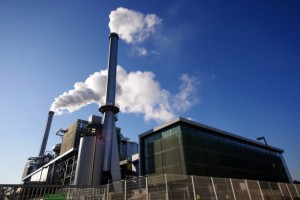 Early this week, protests erupted in China over plans to build a waste incinerator in an eastern city where officials didn’t seek public approval before proceeding. The demonstrations have been running for more than two weeks and turned violent on Saturday, with hundreds of police descending on to the streets of Yuhang, close to the eastern tourist city of Hangzhou. Previous to this week, officials repeated in state media that they would seek public support for the incinerator, but recently have made dozens of arrests in Hangzhou, with at least 10 demonstrators and 29 policemen injured.

Waste incinerators without proper emission filters can release the carcinogen dioxin, said Wu Yixiu, head of environmental group Greenpeace’s toxics campaign in East Asia. Several neighbors of the Hangzhou site cited that risk and noted that incinerators in Germany were required to filter out the toxin. Following large protests in March against a proposed paraxylene plant in the city of Maoming, officials said they would not proceed with facilities if public resistance remained high.

China’s fast growing cities produce around 160 million tons of domestic waste each year, according to domestic reports, and the country is planning around 300 such incinerators within the next three years as part of a “Great Leap Forward in garbage incineration”. For years, China witnesses tens of thousands of so-called “mass incidents” which have recently been linked to several environmental issues. In March, Li Keqiang, the prime minister, vowed to “declare war” on pollution and said his country would turn its back on “inefficient and blind development.”