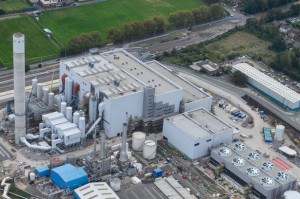 A CHEMICAL firm has said it will not be dishing out an energy cash bonanza to Runcorn residents after the company pledged to share 6% of its shale gas revenues with households in ‘fracking’ zones.

Ineos said an environmental fund is already in place whereby Halton Borough Council receives 60p of public project cash per ton of fuel burned in the incinerator – something that could be worth about £500,000 a year.

A company spokesman commented after the Weekly News asked it whether the inhabitants of Weston Point and further afield could expect a windfall funded by the energy-from-waste plant.

Jim Ratcliffe, Ineos chairman, said the payments would give neighbourhoods ‘a real stake’ in the project.

Backers of fracking say the process could drive down energy prices, boost the economy and slash reliance on supplies from unstable regions of the worlds.

Critics say it will damage the environment, cause earthquakes, accelerate climate change and benefit a tiny few.

Incinerator waste has been promoted as a renewable source of power and a means to secure the future of the Runcorn chemical works while slashing the amount of waste going to landfill, but it too has sparked controversy from those who claim the Weston Point plant is too big, causes too much pollution, noise and bad smells.

An Ineos spokesman said: “There is already an environmental fund in place for the Runcorn EfW facility, which was agreed as part of the planning process.

“Ineos’s approach on shale gas applies to individuals and communities that would be situated directly above horizontal gas wells.

“It would not be appropriate to apply this to all projects, including Ineos’s share of the Runcorn EfW facility.”