Blog
Prepping for Ebola in Pennsylvania involves orchestra of departments 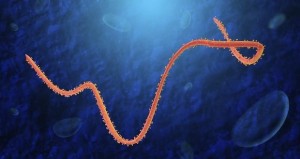 If you call 911 about a fever and vomiting in Allegheny County, don’t be surprised if the operator asks whether you recently traveled to West Africa.

Preparing for an Ebola case to be diagnosed in Pennsylvania is an orchestra of government departments, health care entities and private businesses, conducted by state and local public health departments, with guidance and manpower from the Centers for Disease Control and Prevention.

But dealing with the reality of an Ebola case can go very differently — missteps in Texas delayed treatment for Thomas E. Duncan, who died of the virulent disease last week.

“I don’t think Texas changes on how we prepare for infectious disease outbreaks,” said Holli Senior, spokeswoman for the Pennsylvania Department of Health. “We will continue to watch, learn and adjust here in Pennsylvania as the situation evolves domestically and globally.”

The largest hospitals in Western Pennsylvania said they are prepared to treat patients with symptoms of the illness. Health giant UPMC trained special “SWAT” teams that will address Ebola cases. Allegheny County 911 operators could ask about travel before sending emergency responders to the houses of potential victims, county spokeswoman Amie Downs said.

Hazardous waste transporters who spoke with the Tribune-Review said that if a person falls ill at home, a private cleaning crew and transporter would be needed.

Contaminated materials likely would end up in an incinerator in Maryland because Pennsylvania has no incinerators for medical waste outside of hospitals, said David Henritz, owner of Bio-Haz Solutions in Lehighton in Carbon County.

It’s not clear what would happen if Maryland state officials or a company refused the medical waste.

“This is a complicated thing, and it’s not that anyone’s doing poor work. A lot of these players are organizations that haven’t worked together in the past,” said David Dausey, who leads preparedness drills as director of Mercyhurst University Institute of Public Health in Erie.

Many preparedness plans assume that someone would seek treatment at an urgent care clinic or emergency department.

“We’re making sure all the providers know what the checklists are. All those emergency rooms and hospitals should know what they should be doing,” said Dr. Karen Hacker, director of the Allegheny County Health Department.

Bill Smith, senior director of emergency preparedness at UPMC, said electronic medical records remind doctors and nurses to take precautions if a patient has symptoms and a travel history that suggest Ebola.

The patient would be isolated, though it could be in an exam room with a closed door and controlled access, Smith said.

“Our current thinking is that we don’t want to move anybody,” he said.

Hospitals within the Allegheny Health Network, including Allegheny General in the North Side and West Penn in Bloomfield, keep carts with special supplies ready to treat a patient with Ebola.

The carts contain items used in other functions in the hospital — face shields, goggles, extra gloves. Rather than paper gowns, there is a plastic, impermeable gown and plastic leggings. The goal is to make a liquid-proof barrier between patient and health care provider, said Dr. Robert Keenan, chief quality officer for the two hospitals.

Hacker said emergency providers should have appropriate safety gear if they arrive at a home with a possible Ebola case.

If someone goes to the hospital, his or her home may need to be cleaned and decontaminated. This requires a cleaning crew and the ability to transport hazardous biological waste on the highway.

“You’d pretty much have to destroy anything that person came in contact with,” said Bill Krulac, an emergency response expert with the hazardous waste management company McCutcheon Enterprises in Apollo.

Krulac said the company carries protective clothing and respirators and would remove anything in the house that came in contact with a patient’s bodily fluids. This could be sheets, a mattress and even clothes. Everything would be dunked in bleach and other cleaners and loaded onto a truck to go to an incinerator. The virus is heat-sensitive.

Staff at UPMC have been trained in intricacies such as the appropriate way to take off a hazmat suit, which starts with one ungloved hand slipping inside the suit at the shoulder and rolling it down to avoid touching the outside.

If someone dies, the body is double-wrapped in impermeable bags and taken to a crematorium, following federal guidelines, Keenan said. But the corpse of an Ebola patient is infectious, and it’s unclear what would happen if cremation companies refused.

“If you come out and say, ‘Yeah, we were completely prepared,’ and something goes wrong, people think you lied,” he said. “If we’re prepared for the Ebola today, that’s great, but what about the Ebola of tomorrow?”